In New York City there is a famous Children's Profesional School for performing kids.  In the 1940's a small competitor existed called the Burton School.

I had just finished my first year of high school at Friend's Seminary and hated every minute of it. I wound up there I think because my mother was a Quaker and we got half price off.  A very good school, but not for me.  My whole life was ballet and there was a two thirty class I wanted to take at the Fokine Ballet School.

For my Sophomore year my mother dug up this private children's professional school that was $25 a month.  Boy, was I in Heaven.

The school was in a suite at the Belvidere Hotel across from the old Madison Square Garden.  There were tables scattered around for each class and when I arrived some of the students had locked the French teacher in the stairwell.  The Science class was in the cloakroom.  I remember there were two boys in my class Benny and Eddie, but I can't remember who else.  It was very small.  I was there from 9AM to 2PM and took four courses, English, Math, French and History and maybe Science.  Anyway, I could make my two thirty ballet class.

The school was run by a rather shady couple.  He taught a few of the classes and I swear she wore the same maroon suit for a year.  The lobby of the hotel was full of whoever was playing at the stadium.  So there were midgets, clowns and dancing girls.  Soon we were to move on to the Nightclub.

The nightclub was on 53rd and 7th avenue.  Glass doors and a red carpeted staircase that led to the main room.  Some of the new teachers had built partitions to form class rooms, but the dance floor had been removed and we were left with a splintered under floor.  There were two bathrooms and a kitchen.  I think the shady couple were sleeping in one of the bathrooms.  Anyway the school expanded.  More pupils and stage mothers.  Then the shady couple disappeared and the school was about to close until Morey Amsterdam, the comic stepped in and got some backers. His son was a student.  Some of the students I remember from then were Rita Moreno, who was doing Spanish voice overs, like our schoolmate Eddie.  The beautiful  Svetlana V\Beriosova, who later became a ballerina at The Royal Ballet Co. and Patsy Crowley, who ended up as the lead in the TV series "Don't Pick the Daises"  At the time she was a 10 year old pain in the neck. Very dramatic. And then there was the arrival of Ben and Matt. and my best friend Nancy Chandler became a student.

Ben and Matt also brought a few sort of minor mafia guys in to invest in the school.  Gino (he may no 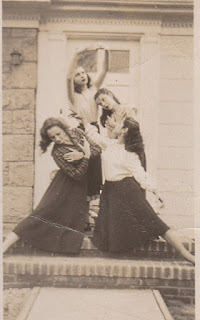 Picture of classmates  Me, Nancy, Anna and Reena

Posted by A Cartoonist's Daughter at 9:49 AM No comments:

Portrait of my friend Dick Bagley by Alice Neel.

Dick and Jeannie Bagley were my village friends for years. He was a film maker and Jeannie was a film editor.  When we went to Princeton to work for On Film we took a bunch of our friends with us so we had a built in gang for work and parties.  I worked in the art dept. with Rune and also was in some of the films.  Jeannie worked with Bill Buckley editing and Dick directed.  More about On Film later.

Dick was a very heavy drinker...White Horse crowd and The Riviera.  He was warned but could not stop so he died fairly young.  Jeannie quit editing and went back to accounting.  She visited me when I had the New Jersey house quite often.  More on Jeannie later also. 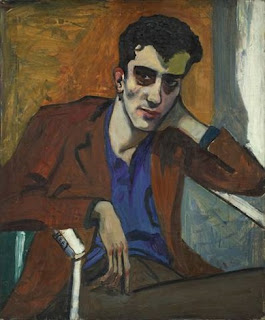 Posted by A Cartoonist's Daughter at 8:06 AM No comments: 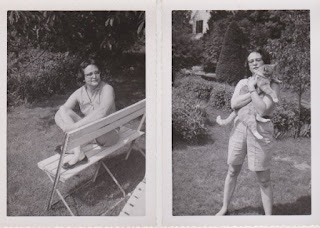 Posted by A Cartoonist's Daughter at 6:49 AM No comments:

A word more about the Phillippi's.  Their daughter Robin died this year - 2016.  She was 76 years old.  She had lived on the Orcas islands for many years and was part of their art community.  Her sister Elsa lives in Northampton, MA and is 74...Boy does time fly.

Think of this family all the time and what wonderful friends they were, better to me than I was ever to them.  They knew my sister and father and thought my dancing was wonderful.  What more could I ask for? 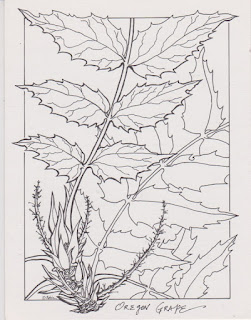 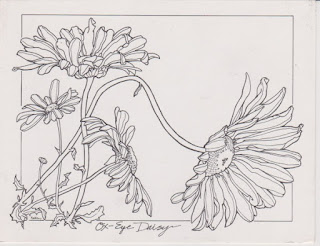 Posted by A Cartoonist's Daughter at 9:22 AM No comments:

1950
One spring afternoon I was stopped on Perry Street by a slightly buck-toothed man, who introduced himself as George Phillippi. He said his family had sub-let the 2nd floor at 67 Perry for the summer and he believed that my family lived on the 4th floor. At this time he was a struggling commercial artist, working free lance for peanuts. He had a wife Bobbye and two daughters Robin (10 yrs old) and Elsa (8 yrs) They were to remain my friends until Bobbye's death in the 1990's. Probably much better friends to me than I was to them.

Every week George made a batch of spaghetti sauce and that's what they ate all week...sometimes my father joined them. Bobbye and I would play Jo Stafford records and read her daughters comic books, especially the love story ones. When their sublet was up they stayed on. They were my pit stop after a night out before I made the climb upstairs. At one of our all house costume parties George sewed me into a 1920's dress. The party’s were the Phillippi apartment, us and Bobbie Sickelianos on the 5th floor.
When my sister died in 1951, I was sitting in their apartment and Bobbye drove me out to my Uncle Mikes to be with my father. Bobbye was my best friend. We always stuck by each other...never disapproving of the others actions. We could go years without seeing one another and go right back friendly as ever.

Eventually they moved up to the theater district somewhere and then Bobbye's mother died and they moved to New Caanan, Ct. I spent a lot of time there as romances and marriages crashed around me. They put up with lots of tears.

Every Sunday George would buy two copies of the New York Times so we could each have a crossword puzzle. I would sit on Bobbye's bed while George worked at a table and we watched wrestling matches and 77 Sunset Strip. By this time George was sharing an art studio on Madison Avenue with two other commercial artists and his career was picking up. He took the commuter train to the city ever day in his gray suit and button down shirt, then I fell in love again and didn't see them for a while.

The next time we connected they were living on 6th ave and Waverly Place and I was working at a paper goods place on Hudson Street and I was pregnant. They insisted that I live with them and when they moved to 76th and Broadway I went with them. George bought me ice cream sodas and gave me $10. a week allowance...one of his kids? He also took me to the hospital, where I had my son. The father paid for the hospital but when I hemorrhaged the following week George paid for it. I lived with them until my son was 6 months old.


I got married for a second time and only saw the Phillippi once in a while...they moved to a loft on Spring st in So-Ho. George now had long hair, a beard and hippy clothes and was the head of the commercial art dept at an art school similar to Visual arts, but I can't remember the name...think it closed long ago. When George died Bobbye moved to Holyoke Ma and I was in Boston so I visited her a lot....she died in the 1990's. Her Daughter Elsa adopted her three cats and Robin took her car and drove it back to Washington State where she lived.
Posted by A Cartoonist's Daughter at 8:42 AM 1 comment:

I am going to write about my years living at 67 Perry Street.  We moved to the 4th floor when I was about 10 years old and lived there until I was 21.  Many things happened to our lives.  People passed in and out and we had parties that included the whole of our building and part of 69 Perry as well.  I went to PS41,PS3, Friend's Seminary,  The Burton School. Ballet Arts, Vilzak Scholer and The Fokine Ballet School.  Our ballet gang danced at CCNY in productions that needed dancers and the CCNY drama department rehearsed plays in the front room of our apartment.

Here are the twin buildings 69 and 67 Perry street, between 4th and Bleecker 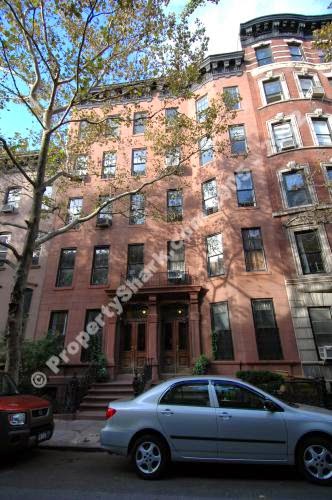 Posted by A Cartoonist's Daughter at 9:08 AM 2 comments: 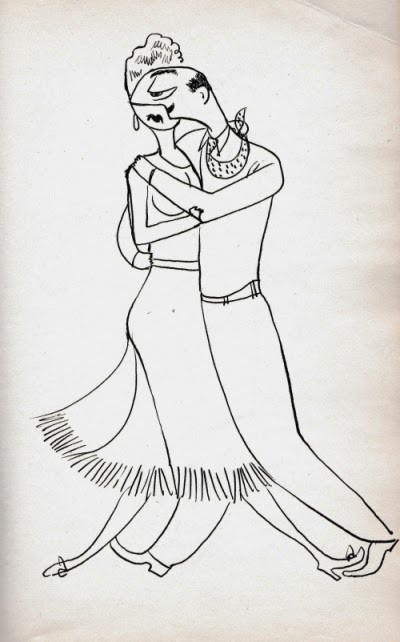 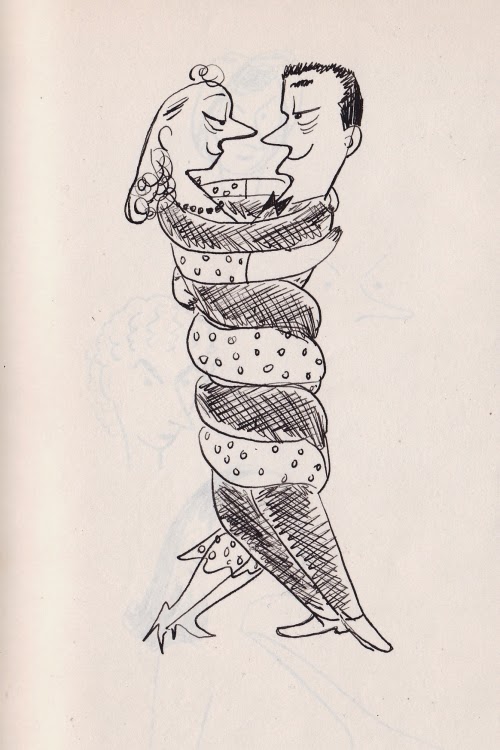 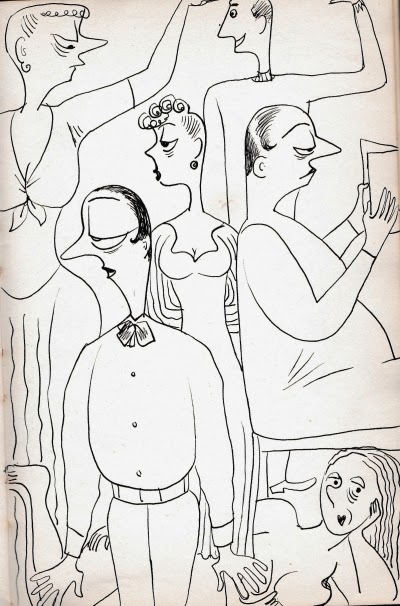 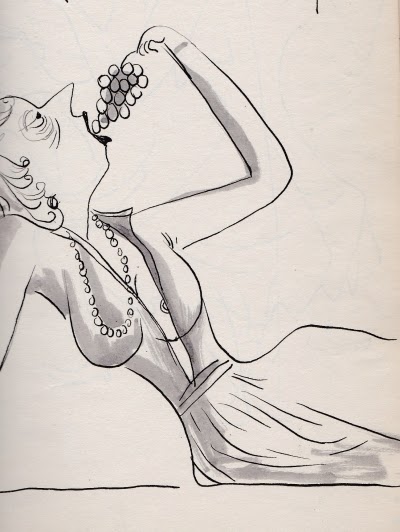 Posted by A Cartoonist's Daughter at 6:29 AM 3 comments: