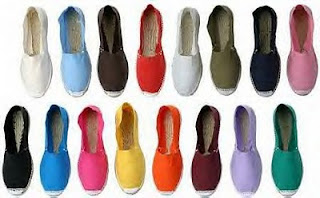 The first apartment I remember was on 14th Street, between 7th and 8th Avenues, in New York City. I had started out life in Sunnyside, Queens, where my parents thought it would be a better place to bring up a child. The day they moved in a child was hit by a car in front of the building, so then it was off to Red Bank, NJ for a while. I don’t remember either place. We moved a lot. In those days you would get a free month’s rent and a paint job when you moved in. I think my mother got restless and liked a change of scenery. Whereever we lived the piano went with us. Was it a baby grand? I’m not sure, but it wasn’t an upright.

I remember bits of 14th Street. The kitchen and bath were between two big rooms. There may have been a couple of side rooms(?) My father worked in the front. I don’t know where my mother did her art. I never remember her sitting down in any specific place and drawing anything, just like I can’t remember where in all the apartments and summer places my parents slept. Hmm, that’s interesting. I once asked my father years later why my mother never seemed to have an outside studio or a special place to do her work, while he always did. His answer was that he made more money than she did. What kind of chauvinistic statement is that?

Down on the ground floor of the building was a Mexican shop that sold my summer shoes, small espidrilles, canvas with lace up fronts and down the street was a cafeteria, where we ate a lot. My mother hated cooking, I think., she did as little of it as possible, though she did go to nutrition lectures.. You would go into the cafeteria and pull out a ticket from a machine and when you got your food the ticket would be punched and you would pay as you went out.

The apartment on 14th Street is where the tickle dream started. I’d be sitting on the couch and some ghost person would come in and tickle me in the ribs…I was terrified. Ha-Ha!

Posted by A Cartoonist's Daughter at 4:52 AM